The Art of Renzo 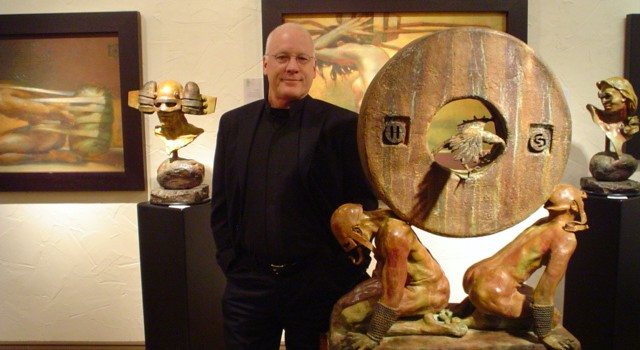 Renzo, born on April 11, 1953 in Martinez, California and raised in the Bay Area.

Renzo’s paintings express and communicate his observations of what he believes to be the basic qualities that separate humanity from the inanimate objects that surround it. His passion of Latin America is also a catalyst for his work.

His practice of alchemy, use brush strokes and habit of scratching at the surface of the canvas to produce a primal nature to these imaginary vehicles help to convey an ever illusive inspiration through each painting.

Renzo has exhibited throughout California and is in the permanent collections of the de Young Museum in San Francisco and the Crocker Museum in Sacramento. His work is also represented in the ongoing exhibition for the Kaiser Corporation, as well as public and commercial galleries in Chicago, Kentucky, Germany and Mexico. He has worked as an instructor and the career development administrator at The Art Institute of California, in San Diego, where he was responsible for faculty management, curriculum development and undergraduate instruction.

Currently Renzo is residing in Southern, California where he is painting full time.