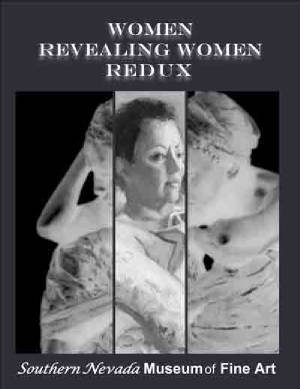 Susanne Forestieri Painter
Forestieri won the prestigious 1996 National Endowment for the Arts fellowship in painting. As a NEA winner she is represented in the Smithsonian Museum of American Art. In the catalog of NEA recipients, her work is described by curator Kathleen Shields as “small in scale but, like flashes of memory, the layers of felt experience that they invoke are expansive.” Her figurative paintings have been shown at the National Academy Museum and American Museum of Illustration in New York City and reproduced in the Society of Illustrators’ 28th Annual. Forestieri won a statewide competition in 2001 to create a thirty-foot mural for the new addition to the Las Vegas McCarran Airport. The Las Vegas Clark County Library District awarded her for Achievement in the Arts in 2002, and in 2003 she had her first museum exhibition at the Las Vegas Art Museum.

Roberta Baskin Shefrin Sculpture
“ ‘Woman’ is the dominant theme of my work. I am drawn to her soul and spirit – as distinguished from her body. My women are somewhat bound, forcing the energy from within – creating a mystery and melancholy bordering on the edge of sadness.”

Mecca.jpgMecca.jpg
Roberta is a member of the National Sculpture Society (NSS), the oldest organization of professional sculptors in the United States. Mother of four, she didn’t discover her calling to sculpt until the age of 30. But once she did, the passion would brook no barrier. She flew to Italy to study under renowned sculptor Bruno Lucchessi – and then followed him to New York when he took a position at the National Academy of Fine Arts. Her talent and motivation impressed Lucchessi, so much so that he nominated her work for the National Art Club’s annual student competition. She won first place – and has brought home more than fifty awards since then. A resident of Las Vegas since 1995, Shefrin still exhibits, teaches and continues to win awards. She has won two of Nevada’s highest art awards, KNPR’s Best Fine Art Award and First Place in the Nevada’s Women’s Lobby Art Exhibit. Her focus on the womanly spirit helps us grow and ever richer garden of art in the desert, which like her sculptures, inspires reflection.
Dr. James Mann 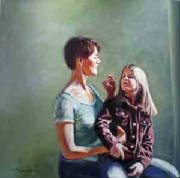 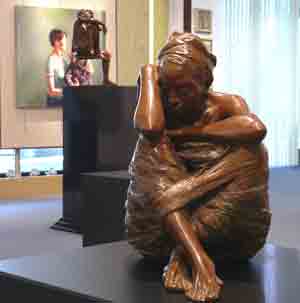