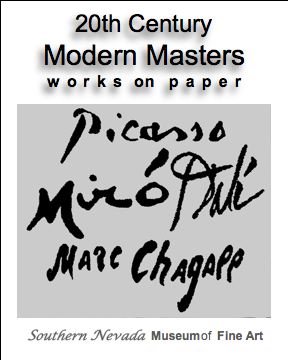 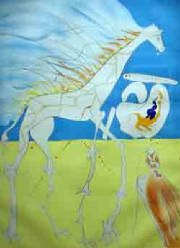 20th Century Modernism describes an array of cultural movements rooted in Western society during the early twentieth century. The term also covers a series of reforming movements in art, which emerged during this period.

Embracing change, modernism encompassed the works of thinkers who rebelled against nineteenth century academic and historicist traditions, believing the “traditional” forms of art were becoming outdated.

Clement Greenberg wrote, “What can be safely called Modernism emerged in the middle of the last century — in France, with Baudelaire in literature and Manet in painting…” The “avant–garde” was what Modernism was called at first, and the term remains to describe movements, which identify themselves as attempting to overthrow some aspect of tradition or the status quo.

20th Century “Modernist” landmarks include the expressionist paintings of Kandinsky’s abstract work, the founding of the Blue Rider group in Munich in 1911, and the rise of cubism from the work of Picasso and Braque. This wave of the modern movement broke with the past in the first decade of the twentieth century, and redefined various art forms in a radical manner.

Thus in the 1920s, modernism, which had been a minority taste before World War I, came to define the age. Modernism was seen in Europe in such critical movements as Dada, and in constructive movements such as Fauvism, Surrealism, as well as in smaller movements. Each of these “modernisms,” as some observers labeled them, stressed new methods to produce new results. Impressionism was the precursor to Modernism while Surrealism, Cubism and Bauhaus are all examples of movements that rapidly found adopters far beyond their original geographic base.

Art exhibitions of the period served to cement in the public view the perception that the world was changing. Hostile reaction often followed, as paintings were spat upon, riots organized at the opening of works, and political figures denounced modernism as unwholesome and immoral. By 1930, modernism had won a place in the establishment, including the political and artistic establishment, although by this time modernism itself had changed.