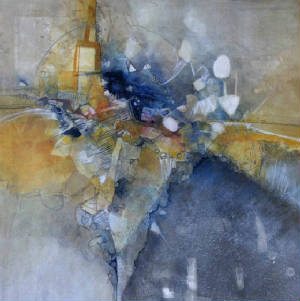 Barbara began her instruction in the arts when she was five years old. She was the youngest exhibitor, having 5, one-woman shows at the prestigious Kramer Art Gallery in St. Paul, Minnesota during her high school years.

She graduated from the University of Wisconsin at Madison with a BS in Fine Arts – Drawing, Environmental Sciences, and English in 1974.
During her undergraduate years, Barbara’s drawings were featured in a number of university publications. She earned a MA in Fine Arts – Photography in 1984.

Within the last ten years, Barbara resumed working with watercolors to portray the environs around her. Raleigh Kinney, a watercolorist of national stature, recently stated that Barbara was a master at negative painting.

Several public and private institutions including the National Nuclear Security Administration/Nevada Site Office and Los Alamos National Laboratory have purchased her work.
One of her paintings of the Nevada Test Site is in the collection of the Atomic Testing Museum in Las Vegas.